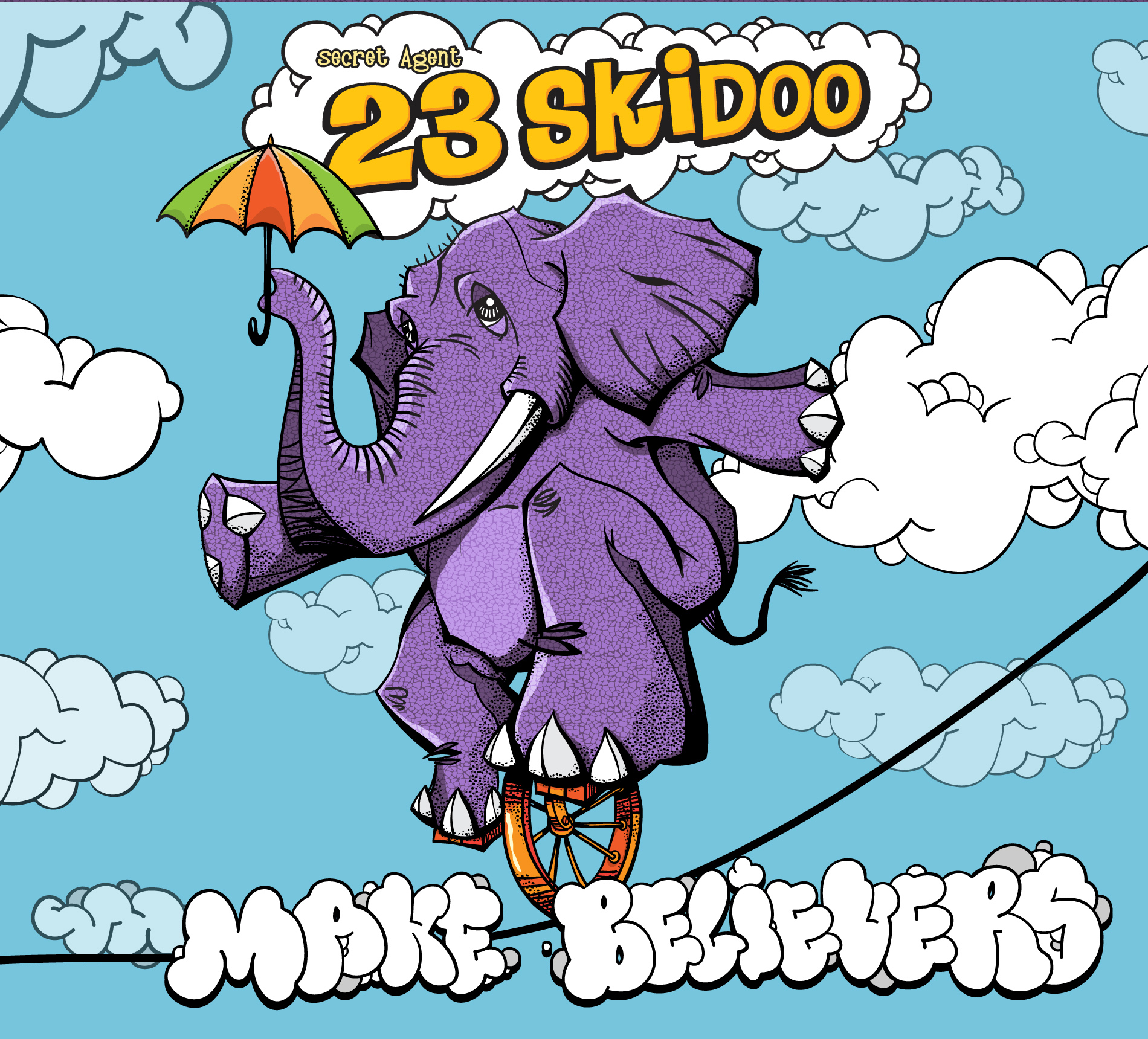 If you had to go away for awhile and you could only take five of your favorite albums with you, which ones would you choose? Yes, we know it isn’t a fair question, but that hasn’t stopped us from asking music fans who happen to be recording artists in their own right. This edition of Desert Island Discs comes courtesy of the Okee Dokee Brothers, whose latest LP, Can You Canoe?, is out now. You can preview a pair of videos from the album below — after reading their Desert Island picks, of course!

We’ve been listening to this album since we were kids. It was an ever-present album on family road trips and continued to be a source of inspiration during our high school and college music explorations. We are still amazed at Paul’s vocal delivery. No matter what he sings, it sounds heavenly. The fact that he’s singing outstanding lyrics just adds to our fanaticism. The way he delved into South African music, culture, and politics while making this record has always been a reminder to us that music is more than notes.

This record is representative of our more contemporary influences (it falls just above Justin Townes Earle’s Harlem River Blues in that category). We’ve been lucky enough to see Dawes perform multiple times as they’ve risen through the ranks and we’ve even had a chance to spend a day talking about songs with them. Their first record taught us the importance of a classic sound and the value of capturing an authentic performance in the studio with real energy. While we didn’t record Can You Canoe? analog like North Hills, we did try to capture as much live takes as possible. You can hear a bit of the Dawes influence on our tune “Thousand Star Hotel” after the interlude.

This record is a prime example of collaboration at its finest. David Rawling’s harmonies and lead guitar are the prefect match to Gillian’s voice. They both help write the songs too, so they’re an inspiration to us as a duo. Plus they write such unique melody and harmony lines. On this record they prove that folk music can be dissonant, harmonious, slow, and full of energy all at the same time.

This guy knows how to write songs with the perfect amount of tragedy and comedy, and that’s what it’s all about. He’s incredibly vulnerable and honest on this album and at the same time, he doesn’t take himself too seriously. This record proves that good music making requires good livin’ (whether that’s hard livin or happy livin’)!

The Band, Music from Big Pink

We love this record because it essentially takes all our favorite folk song parameters and invites them to let go a bit and wail away at a basement rock party. We love what the Band stood for (Dylan’s “brave knights” when he went electric, bringing musician’s together for collaborations like The Last Waltz, adding a contemporary edge to traditional songs, really great lyric writing) and this record highlights their best tunes and attributes. It was an honor to have Garth Hudson (the Band’s organ player, and more) play accordion on a couple tracks on Can You Canoe? and we really looked up to Levon, Danko, and Richard Manuel too. Robbie’s no slouch either!

Overall, if you’re gonna have just five albums to listen to on a desert island, the most important attribute has to be repeated listenability. All of these albums have that essential mixture of easy-to-understand, yet mysterious enough to listen to over and over. That combination is the most important part to making a good album no matter what genre of music you’re making. 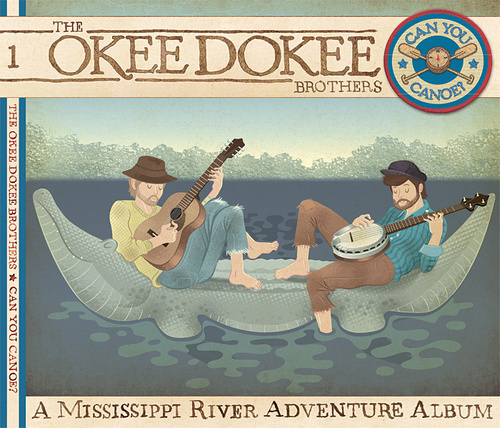 All About the Okee Dokee Brothers: Folk and bluegrass music for kids is nothing new — sometimes quite literally, with the same hoary covers taking up space on countless records from Burl Ives to the present day. Joe Mailander and Justin Lansing, a.k.a. the Okee Dokee Brothers, offer an exception to the rule: traditional instrumentation and tight harmonies blend artfully with sharp original arrangements and lyrics that swing gently from tender to funny and back again.

What They Sound Like Put together a guitar, a banjo, and some brotherly harmony, and you’ve got the idea — although the Okee Dokees understand the value of a little production, too (more on that in a minute).

Album Highlights Folk artists have had to walk a tricky line in the recording age, trying to balance between presenting an honest account of their performing gifts while making room for enough audio sweetening to keep listeners interested at home, and the Okee Dokee Brothers are no different; on previous albums, they’ve struggled to deliver recordings that sounded raw while still boasting full-bodied arrangements. They hit the target square on the bullseye with Can You Canoe?, which offers the best of all worlds — the production (by the inestimable Dean Jones) is actually pretty involved, but it leaves plenty of room for the songs to breathe, creating the illusion of a campfire performance that somehow includes a cast of dozens (and a tuba, and an upright bass, and a few fiddles, and a couple of accordions, and…)

All of which would be little more than pleasant if it weren’t for the songs themselves — which are, to a number, outstanding. Unlike a lot of trad-focused performers, the Okee Dokees have always been songwriters first, and one of the pleasures of their discography is listening to them hone their craft — and I don’t think it’s overstating the case at all to say that with Can You Canoe?, Lansing and Mailander make a persuasive case for themselves as two of kindie’s best songwriters.

There just aren’t any bad songs here — and what’s more, the Okee Dokees manage to seamlessly weave and interpolate their original ideas with elements of traditional songs, all of which hold up solidly against covers of unimpeachable standards like “Haul Away Joe” (featuring Garth Hudson) and “King Kong Kitchie Kitchie Ki-Me-O.” It’s an aspect of the album that I think a lot of people probably won’t hear, but it might be the most important one; it reflects Lansing and Mailander’s respect for their musical roots as well as their confidence in their own maturing gifts.

Suggestions for Improvement Beats me. No clue. Best of luck trying to top this one, guys.

Final Verdict Can You Canoe? had a lot to live up to. As we discussed with the Okee Dokees in last year’s interview, the album came out of a monthlong canoe trip down the Mississippi River that took Lansing and Mailander from Minnesota to St. Louis — a beautiful idea with amazing potential, but one that might have seemed like sort of a waste for the audience if it hadn’t produced an album that holds up to repeat listens. Well, it doesn’t: It demands them. Just ask anyone who lives in my house — I’ve had it in heavy rotation right alongside the kids.

Like the Mississippi, Can You Canoe? has a generally calm surface — including some of the loveliest ballads you’re likely to hear all year — but it also holds a lot of depth. This is a record about kindness, patience, friendship, brotherhood, travel, respect for the natural world, and a whole lot more — all big concepts for a little 38-minute collection of songs, but ones that move gracefully below the surface, lending calm, cool resonance to what was already a beautiful journey.

And speaking of the journey, I’d be remiss if I didn’t point out that Can You Canoe? also comes with a DVD that outlines the Okee Dokees’ trip, including a number of funny looks at life on the river, some music videos, and at least one can’t-miss segment featuring a few words to live by from Kenny Salwey, the self-proclaimed Last River Rat. It’s all decidedly homespun, but digital recording has come an awfully long way, and the film benefits greatly from the Okee Dokees’ decision to turn that part of the trip over to director Alex Johnson, who (along with editor Jed Anderson and assistant director Bryan Sieh) captures a lot of natural beauty with a canoe-ready rig.

It all adds up to the album to beat for the best kindie release of the year — a set of songs that should provoke family singalongs and discussions in equal measure. I can’t wait to hear where their journey takes them next. 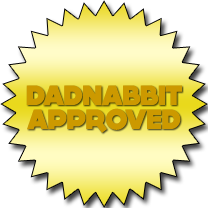