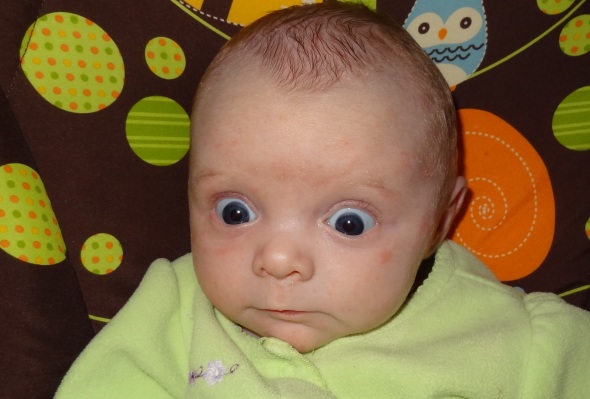 Loyal or new readers of Dadnabbit, after the first of the year you’ll start to see something different on Dadnabbit. Content. If you haven’t noticed, and it’s possible you didn’t, we haven’t been creating or writing a bunch of new content lately. Life sometimes gets in the way. It’s not an excuse, just the reality of being parents with a full-time job.  A year ago Jeff Giles asked me to help out when I was let go from my previous job and I did what I could, which wasn’t much. (37 posts in total says the site) Despite that output from me, Jeff fired himself from the site and offered me the keys.

FYI – for those of you who love Mr. Giles, he’s not going away completely. We plan to launch a monthly podcast with Bill Childs, Stefan Shepherd, Dave Loftin and Jeff Bogle after the first of the year and will be be a vital part of it. We will still continue to do our popular Desert Island Discs, My First Record and Conversation features.

My hope is to make Dadnabbit more than just a place for CD/DVD reviews, but more about the joy and pain of fatherhood. Kindie music will still be a vital part of what we do, but hopefully we can write about more than just music. Apps, webcomics, games, books, etc.

So, I’ve assembled a team of dads to help make a go of this. A lawyer, an unemployed lawyer, a teacher, a musician, a veteran, a gamer and genealogy geek, a dad-to-be, a beer runner, a new dad, a dad of teenagers in addition to others who have offered to give us their two cents on fatherhood. With all of us having full time jobs, we’ll do our best to bring you quality content on a regular basis.

So pardon the dust and we look forward to a rejuvenated Dadnabbit in 2013.

Every family entertainment writer has to write a post examining the state of the kindie music scene. Here’s mine.

People look at me all the time like I have three eyes when I talk about my love for kids’ music. But I always give them the same answer: I wouldn’t let my three-year-old watch Die Hard or Basic Instinct, so why would I have her listen to Radiohead or Kanye West? (poor analogy, maybe, but the point remains.)

The kindie music scene has given me many so many special parenting moments. Singing in the car to the Pop Ups, Justin Roberts, Ozokidz, or Lucky Diaz. It’s something that Kidz Bop, Fun., Hot Chip, or Adele would never be able to provide. Why? Because my daughter can connect to the words in “Subway Train” more than she’d ever be able to relate to “Over and Over.” Seeing her connect, understand, relate to and be educated by the lyrics are the moments I’m glad I stumbled upon the kindie scene.

I sent an email to a friend who had a daughter a year after our first child telling him about all the wonderful kids’ music out there available to him and his daughter. Here’s his response:

I have little need for kids’ music, preferring to go the the big kids’ stuff. I don’t need Jack Johnson to tame a White Stripes song that is already kid friendly just so it can make it into my mom’s radio rotation.

While he’s correct about Jack Johnson, he’s wrong about having little need for kids music. That’s the wrong mindset. It isn’t about him, it’s about his daughter. He may not have a need for it, but his daughters do — and he’s missing a great opportunity.

Desperate to get him to like something, I suggested Secret Agent 23 Skidoo. For those unfamiliar, Secret Agent 23 Skidoo makes brilliant, catchy hip-hop for kids. He challenges them to keep up; if they do, they are rewarded. But if you asked 10 dads about hip-hop for kids, you’d get 10 looks of bewilderment. So I was pleasantly surprised when my friend responded with this:

I dig me the Secret Agent 23 Skidoo. Nothing mind-blowing there, but the dude is making well-produced  hip-hop about things that matter to someone under the age of ten. I have not heard other hip-hop for kids that isn’t insulting and worthy of being peed upon. Well done to the secret agent man.

That’s progress, right? So how do you change this type of mindset? That’s the million dollar question. The same way you change any person’s opinion on politics, sports, and the like: Education, education, and more education. Kids’ music suffers from decades and decades of a terrible stigma that won’t change overnight.

Share your favorite songs and artists with your friends. Make another parent a mixtape of kids music. I do it all the time. Parents might not like every track, but if they find four or five songs that they can tolerate with their kids, I consider that a success.

So, in that spirit, Jeff and I have created a “starting point” Spotify playlist with kindie music for you to share with others — via e-mail, Facebook, or Twitter. Every little bit counts. And frankly, if this doesn’t change people’s opinions, it’s time to find some new friends. (I can’t believe Walsh put 311 in here. He really has a problem. –Ed.)