Who needs a ball and a hoop for March Madness? It’s time to break out your brackets kindie style, with the 2011 KidVid Tournament!

What’s a KidVid Tournament, you ask? Only a roundup of some of the year’s best and brightest kindie videos, organized into divisions and marched into one-on-one battle, one round at a time. Cheerleaders are not involved, regrettably, but I imagine some sort of trophy awaits the winner. Or pride. Whatever.

Anyway, the fun kicks off today at Out with the Kids, where the Woody Guthrie Regional division is hitting the court. Here’s a breakdown of the videos fighting for your vote today, along with a little commentary from yours truly. Watch the clips and then head over to OWTK to cast your vote! END_OF_DOCUMENT_TOKEN_TO_BE_REPLACED 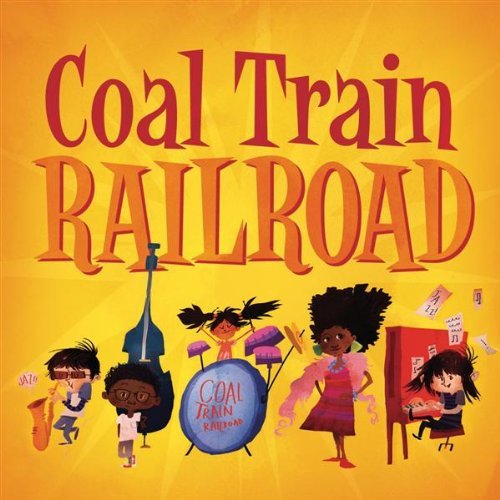 The idea of “jazz for kids” might seem as condescending, and as fraught with cheeseball peril, as “science for kids” or VeggieTales or anything else that’s supposed to dumb down supposedly adult material for little brains. And honestly, unless you’re trying to teach your kids about harmolodics, you can pretty much play jazz for your kids without worrying that they won’t be able to appreciate it. Chances are you don’t know your major sixths from your minor sevenths, but you can still appreciate Kind of Blue, right? Right.

Still, it’s hard to argue with anyone who wants to build a jazz gateway for kids, especially when they give it a name as clever as the Coal Train Railroad (say it out loud), or when they kick off the album by asking “what makes that coal train go?” Running the jazz (and jazz-ish) spectrum from jump blues to torch ballads, Coal Train Railroad puts singer Katy Bowser’s supple vocals in front of a crack combo and some smart, easy-to-digest arrangements. Think of it as sort of a jazzy audio equivalent of Bugsy Malone; when she slows down the tempo, Bowser croons like Linda Ronstadt on her Nelson Riddle records, but instead of looking for someone to watch over her, she’s looking for a nap.

It’s fun, well-made stuff. And if it mostly just leaves you wanting to listen to some Brubeck, Jobim, or Ella, then I suppose that’s sort of the point, right?