I’ve told my “becoming a parent story” many times since 2005 but since I’m new here and the only female writer at Dadnabbit, I suppose I owe you some sort of introduction.

Whatever. I don’t owe you anything.

I kid! Of course I want to tell you all about my experiences changing diapers and having conversations with imaginary friends and how I’m desperately trying to get back into the 9-5 world. Hey, never said I wasn’t a little crazy. But man, you ain’t seen nothing yet!

I’m a Pennsylvania native (Steeler country). I grew up with seven older brothers, a dad and a mom. Growing up, I had to be somewhat tough and tom-boyish, which suited me just fine. I rather liked riding my bike around town with my brother, in search of pop cans for recycling. Hey, it was money in my pocket! You see, I was an entrepreneur from a very young age.

My husband and I have lived in the Chicago suburbs for a decade and a half. We spend a good portion of our time within the city limits. If money grew on trees, we’d probably live there. Hell, if money grew on trees, we’d live everywhere on the face of the earth and quite possibly, on the Death Star if Congress decides to revisit that petition and go ahead with it. A girl can dream.

We have two young daughters, preschool and gradeschool age. We’re trying to raise them to be good, strong-minded and creative individuals. The day that either of them asks me if they can join the cheerleading squad will be the day that I start digging my own grave. Of course, I will support and encourage my daughters in whatever walk of life they choose but cheerleading…cheerleading is kind of a deal-breaker for me.

Now that you know the Reader’s Digest version of my life, we can get into the meat and potatoes. I have been on the job hunt for the better part of the last four months. It’s not as easy as it used to be. I used to be able to interview for a few jobs at a time with at least two offers thrown my way. Now, I’m lucky if I can even score that in-person interview. In my opinion, not working a steady 9-5 job for the past seven years has something to do with it. It looks bad on paper. However, I’ve taken it upon myself to test the entrepreneurial waters during that time. That’s got to be good for something, right? Well, I always thought so. “Stay-at-home mom keeps active and busy while raising two children. She’s just as good or better than those fresh from college faces, give her a chance!” That’s what I feel like I have to put in bold print at the top of my resume. It’s rough getting noticed in this digital age. There is some serious competition out there. I mean, do I have to have one eye and wear a pair of bib overalls to get noticed?

This is what I’m into right now. I’ve been spending my days networking and applying for jobs from the comfort of my home, as my youngest daughter dresses me up like a princess and invites me to tea parties with her imaginary friends. Look, I’m not complaining. I most certainly enjoy imaginary tea (specifically berry-flavored) and plastic cookies but I do often wonder how much longer it will be until someone thinks I’m marketable again.  So, that’s what you’ll find me chatting about here at Dadnabbit. Trying to make some big changes in the home/work life balance and also incorporate exercise and healthy eating habits. Lots of transitions happening these days. Hope you’ll come back and check in on me, just in case I talk about going on an interview in a princess gown.

Until next time, one lump or two? 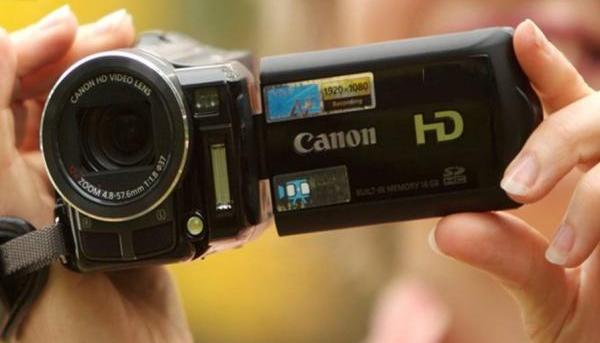 Babies are amusing. They are also media hounds.

Fortunately for me, my son Owen (who turns 1 on Jan. 17) loves the camera. He smiles for pictures and actually seems to trump up his personality on video. Somewhat unintentionally, I found a way to use this to my advantage.

As a full participant in the Facebook generation, I found it uncomfortable how much effort went into staging just the right picture for each month, sitting him in the same spot every 30 days next to the same stuffed animal, dressed up in something cutesy. It got annoying. It’s kind of a mom-ish thing to do, but I really did want to keep my friends and family updated on his progress; it just wasn’t any fun doing so.

During his first month, my wife was using a flipcam (I know, so 2008 ) to record him while I held him, and I began speaking (my face is off camera) from his point of view. Naturally, I used a ridiculous deep voice and spoke in complete, self-aware sentences. It lasted 30 seconds, and we threw it up on Facebook, labeling it as Owen’s “1-month press conference.”

I tried the idea again a month later, and remarkably, Owen was interactive — smiling, making funny faces, squeaking, etc. I didn’t have a plan what I was going to say, just randomly talked about his appreciation of The Hunger Games movie and how he celebrated his recent baptism. I randomly threw in self-congratulatory remarks (“Also, I’m adorable”) to bridge the gaps while I scrambled in my brain for something else to say.

Gradually, I got more into it, and my friends and family loved them. I began planning out the idea for each month’s press conference, usually revolving around what was going on in his life that month (playoff baseball discourse in October, a family trip in June). I made some other videos celebrating things like the start of the baseball season and created a campaign video during the Wisconsin gubernatorial recall election. He appointed an army of stuffed animals to his political team.

They weren’t exactly video masterpieces. Everything was done in one take, leaving in the goofs (in the 2-month presser, he incorrectly refers to St. Patrick’s Day as Thanksgiving. What a confused baby.) and not adding any measure of post-production. They were about 2 minutes each, and almost all of the video is spent just locked in on his face. But they were still fun, with some more off the cuff than others. My voice for him kept changing unintetionally — sounding deeper in some press conferences than others, occasionally sounding Eastern European (Duoofenschmirtz from Phineas and Ferb, perhaps) or a little on the feminine side. But whatever, no one cares.

Dadnabbit has been described as “Pinterest for Dudes Who Aren’t Into Crafts” (actually, that’s just how I will describe it the next time I talk to someone about it), and though I don’t have much to offer in the creative department, I saw this as a fun, Facebook-friendly alternative to the simple picture next to an “X Months” sign. It may not be for every dad or every baby, but if it works, I think it’s a way to chronicle the first year of growth in a humorous way. 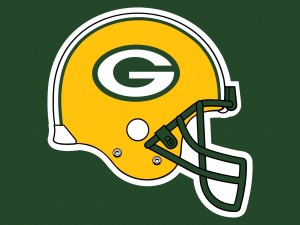