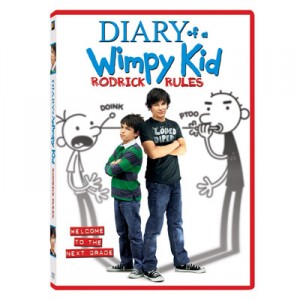 Like the previous film, Rodrick Rukles is based on the bestselling books by Jeff Kinney. The central story of the movie deals with seventh grader, Greg (Zachary Gordon), and his relationship with older brother, slacker high schooler, Rodrick (Devon Bostick). The film opens with the beginning of a new school year. Greg is less concerned about being popular and more interested in meeting the cute new girl, (Peyton R. List). As if he has a chance. Luckily, Greg has his loyal companion, Rowley (Robert Capron) to provide a constant stream of optimism. END_OF_DOCUMENT_TOKEN_TO_BE_REPLACED