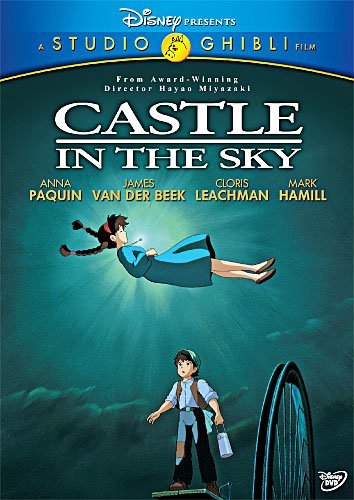 If you’ve never watched a Miyazaki film, it’s probably important to note that while not all of his movies are appropriate for young children, they’re all childlike in some way; he tends to favor young protagonists, for one thing, and then there’s the matter of his endlessly inventive cast of supporting creature characters. Watching a Miyazaki movie, you’re never sure whether you’re seeing the jaw-droppingly beautiful work of an unbridled genius or just the byproduct of an awful lot of drugs. Either way, they’re all enjoyable — all classics in their own way. Now, on top of getting Ponyo on Blu-ray, consumers can own expanded versions of Castle in the Sky (1986), My Neighbor Totoro (1988), and Kiki’s Delivery Service (1989). END_OF_DOCUMENT_TOKEN_TO_BE_REPLACED