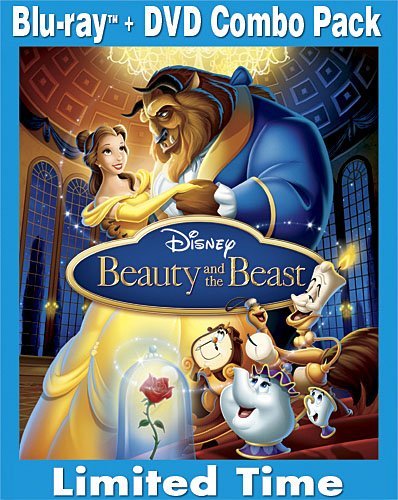 Tale as old as time, [expletive]!

There’s nothing the folks at Disney love more than reissuing old movies, so it’s fortunate that they’re so good at it. Their ongoing Diamond Series, which already includes some must-have hi-def classics — including Pinocchio and Snow White — adds another spotless jewel to its crown with this remastered, expanded edition of Beauty and the Beast.

Originally released in the fall of 1991, Beauty and the Beast cemented the unlikely comeback Disney started with 1989’s The Little Mermaid; an affirmation that the studio had left behind B-level animation like The Black Cauldron, it grossed over $375 million and was an awards magnet, netting two Oscars, three Golden Globes, and four Grammys. If Mermaid raised the bar for modern animation, Beast set the standard. It was a peak Disney would find it increasingly difficult to reach over the next decade, but that’s another story — we’re here to talk about this three-disc set.

All of Disney’s Diamond Series releases have looked and sounded flawless, and Beauty and the Beast is no exception. As a father, I’m ambivalent about the overall message of most Disney movies, and as a consumer, I find their incessant “limited time only” reissues repugnant; that being said, it’s awfully hard to argue with entertainment this beautifully crafted, in a package this lovingly curated. I’ve seen a lot of Blu-ray reissues, and nobody comes close to Disney in terms of content or presentation — they clearly don’t rush their conversions, and they don’t skimp on the added content, right up to the way they bundle DVD copies in with the Blu-rays (a decision so smart I can’t believe it hasn’t been done away with).

In hi-def, Beauty and the Beast looks and sounds superb, thanks to a flawless 1080p conversion and DTS-HD Master Audio 7.1 soundtrack. The movie was originally released during a golden moment in animation technology, when computers were sophisticated enough to use for a little visual spice, but not so ubiquitous that they overwhelmed the hand-drawn art; as a result, it survives the conversion better than, say, The Black Cauldron probably would, because the seams don’t show as clearly. In a word, it’s lovely, and any fan of the film will be thrilled to own it.

They’ll also be thrilled to dive into the set’s copious bonus materials, which spill over into a second disc and include three versions of the movie (theatrical, extended, and picture-in-picture “work in progress”), an audio commentary track from co-directors Gary Trousdale and Kirk Wise with composer Alan Menken, storyboards, a feature-length documentary, games, storyboards, all the added content from the old DVD release, and more. Until Disney can bring Walt Disney back to life and bundle his reanimated corpse with the Ultra Mega Diamond Edition, this is absolutely the definitive version to own. Simply excellent.