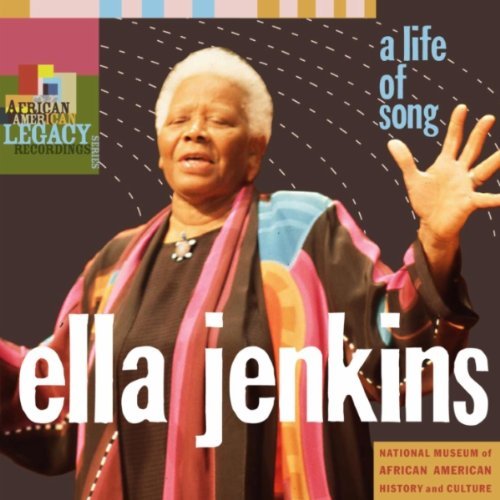 Ella Jenkins is called the first lady of children’s music, and for good reason — she is a Lifetime Grammy Achievement Award winner who has been recording for over 50 years, and with her new album, A Life of Song, she’s still going strong. I was thrilled and honored to spend some time with her on the phone recently, talking about her amazing life and career.

So let’s talk about A Life of Song. You’ve certainly lived one.

Well, I’ll tell you. I liked to sing when I was a small child. Not that my mother or father sang, but my uncle introduced me to music, as well as my first instrument, which was the harmonica. I really enjoyed that. I’m not a formal musician, I’ve just always done it by ear, and that’s how I share it with people today. I would still encourage anyone to train formally, but you don’t have to — just by singing, or even through exposure to music, you’re part of it. Often that’s what children do — they listen to music and then take parts of what they hear to make their own. I’ve always hummed or whistled or something. You don’t need an instrument or a band — birds sing all the time.

But anyway, I was never formally trained. When I was a child in the South Side of Chicago, many of the parents in my neighborhood got together and said, “we would like our children to learn the piano.” So there was a man who came and collected lots of money and told everyone that a music school was going to open on a certain day. Well, it came to that day, and the man never showed up. All that money gone, and he never showed up.

Kind of like Harold Hill in The Music Man, right?

[Laughs] Oh, I tell you. We’re joking now, but there was so much disappointment then. I’m glad people don’t do that so much anymore.

You’re talking about the power of singing, and one of the things I really love about your music is the way you use call and response.

Well, you know, if you think about it, people have always been interested in an echo — I mean, even as far as yelling into caves and mountains. There’s something about using your vocal cords to push something out of you, and if you can get something back, it’s also satisfying. That’s what I started with. In churches, you know, and you hear it on some records too, whether they’re American or Middle Eastern or what have you. You hear it in gospel music and spirituals, whether you’re listening to ministers or leaders of choral groups.

I used to go to the Regal Theatre in Chicago, you know, and see some of the top stars — like Cab Calloway and Muddy Waters and others. Cab Calloway had a call and response, you know, they called him the Hi-De-Ho Man. He’d have everyone in the audience singing back to him. And there was a movie star named Danny Kaye — I’m not sure if you know who he was. But he also did a lot of that, and many times, he’d use French or Spanish with his expressions, and we’d call back to him. And of course, cheerleaders do it all the time.

It has different uses. Sometimes the person leading just wants you to repeat back exactly what they’ve said; sometimes you have to know your own part. So I find that it makes it easier for your audience to remember, and it’s also a way to participate.

Right, exactly. It makes me think of Pete Seeger, and the way he’s always approached his music as something people should participate in —

Oh, Pete Seeger is a friend. He has his guitar and his banjo, and he’s really fantastic with his banjo. I’m always thrilled when the two of us can get together, and he’ll play his banjo while I play my harmonica. He can do all kinds of fancy things. His instrument is his companion, and he goes all over the world with it — sometimes he’s playing solo, and sometimes he’s getting people to sing along with him. He can start a song very easily, and it doesn’t take a long time to teach it, and to get that response.

I read once that early in his career, he was ambivalent about making albums at all, because he felt like he was encouraging people to just listen passively, instead of making their own music. Have you ever felt that way?

Oh, no, no, because I feel — and I’m sure Pete feels this way now — that you can reach people and encourage them to create when they hear you. I know that what you’re talking about happens sometimes. In classrooms, for instance, it can happen. But I’ve always been of the mind that if we all can listen, then we all can respond. With a lot of a classical music, of course, it’s mostly listening. But with folk instruments and folk songs, you can sing along, and you can do that whether you’re in an audience or listening to your record collection.

You’ve made a lot of albums. What was your motivation for releasing this one now?

I’ve been listening to a lot of music for a long time, music that’s — you know, they call it African-American now, but it’s had a lot of names, colored, black… [laughs] But that type of music. And every so often when I hear certain music, I get inspired. In this case, we’re talking about music I hadn’t heard for awhile, and I was also working with a woman named Mara Tapp, who works with a group of children from two different schools called Cool Classics! And so I got those two groups together, and I was thinking about doing a session with them, but I was also thinking about doing another recording. 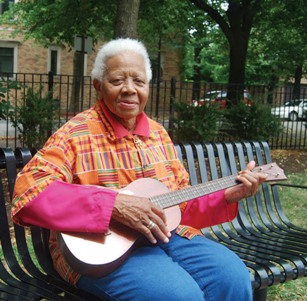 I thought, “Some of these children probably haven’t even heard these songs.” And I started thinking about how, often times, I’ll reflect on my own background and my own childhood, and that’s a good way to share — reflecting on the past while talking a little about the future. And so this album has some of both. We’ll do “Little Sally Walker” and songs like that, but with some of my own arrangements, like the part where I start talking about black royalty. You know, with European history, there’s a lot of talk of kings and queens, but we also call people royal names. Like Count Basie…

[Laughs] Oh, yeah! You know. And don’t forget the Queen of Soul. But anyway, I was looking back at my background, and I started sharing it with the children. That’s how I start off the album, talking about how my brother and I were born in St. Louis, Missouri, but my mother and father were from the South. When I was growing up, you talk about the South, and people would say, “Oh, dear, those people don’t know anything.” They used to be down on it, you know. But anyway, my mother was from Mississippi and my father was from Alabama, and my grandmother was in Mississippi, so we went down to visit her, and she was on a cotton farm.

My brother and I were fascinated by people working so hard, and my grandmother saw that, so she gave us two little bags, and we went out there and did a little bit of cotton picking ourselves. And I remember that song from long ago about picking cotton. [Singing] “Oh lordy, pick a bale of cotton / Oh lordy, pick a bale a day.” Sometimes I’d hear children singing it “pick a bale of hay,” and I’d say “that isn’t the right way.” [Laughs]

But the children on this album didn’t have a lot of choral experience. They were just children who loved to sing and were interested in learning new things — you know, we weren’t trying to do anything fancy. We didn’t do a lot of rehearsing, we just got up there and were ready to go. They were really fascinated by seeing all the microphones and equipment.

I wanted to ask you about working with children. How have your experiences with them changed over the course of your career?

Well, they’ve changed. They’re more sophisticated. But they’re interested. And they understand more about how to apply what they learn. But some things don’t change — you know, I’ve always said children are my favorite people, and that’s because there’s an honesty and a purity, especially in their smiles. If a child really wants to smile, they smile. And their laughter makes you want to laugh inside. We should recognize, and that’s what I do in my music, that any of us can help preserve that. When a child shakes your hand, there’s just a wonderful little warmth that goes along with it. It makes me feel good.

Ella Jenkins’ new album, A Life of Song, will be released February 22.