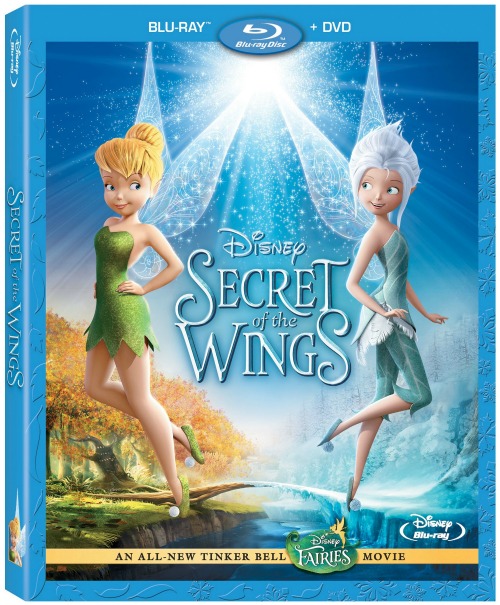 Via press release: The Walt Disney Studios unveils an all-new, original full-length CG-animated feature film, “Secret of the Wings,” starring Tinker Bell, one of Disney’s most beloved and iconic characters, along with her fairy friends (Fawn, Iridessa, Rosetta, Silvermist and Vidia) and introducing a sparkling new winter fairy, Periwinkle. Debuting on Blu-ray™ Combo Pack, DVD and Digital on October 23, 2012, the film marks the first time ever Tinker Bell will fly on Disney Blu-ray 3D.

For Tinker Bell and the other warm season fairies, the Winter Woods remains a mysterious and forbidden place. “Secret of the Wings” takes audiences on an amazing journey of discovery with Tink, into this forbidden world where she discovers a magical secret that changes her life forever.