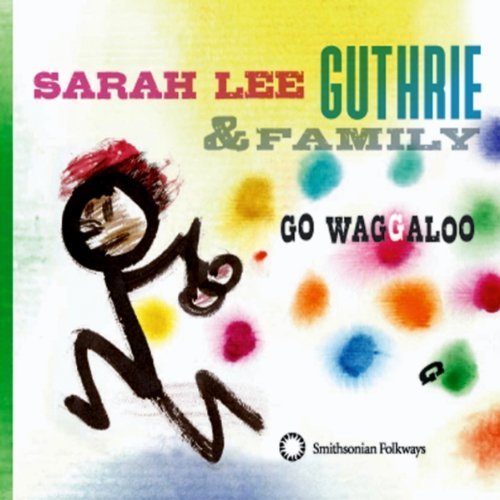 Go Waggaloo is credited to Sarah Lee Guthrie & Family, and the credits reflect that spirit: Songwriting credits are spread between Sarah, her husband Johnny Irion, and their daughter Olivia, and a whole passel of Guthries — plus family friends like Pete Seeger — show up on the recordings. The connections between the musicians — and from the musicians to the songs — translates into an album whose warmth is felt from the first sunny strains of the opening track, “Don’t I Fit in My Daddy’s Shoes?,” and lasts clear through to the final ringing chords of “Oni’s Ponies.” In between, you get a half hour of fun that includes the joyous title track, the startling morality tale “Oh How He Lied,” the lovely “Big Moon,” a transcendent group runthrough of the classic “She’ll Be Coming ‘Round the Mountain,” and much more. It feels less like an album than an accidental peek into a very talented family’s singalong, which fits right in with the Guthrie/Seeger musical mission statement: Singing is just as important as listening, and everything is more fun when we all join in. END_OF_DOCUMENT_TOKEN_TO_BE_REPLACED