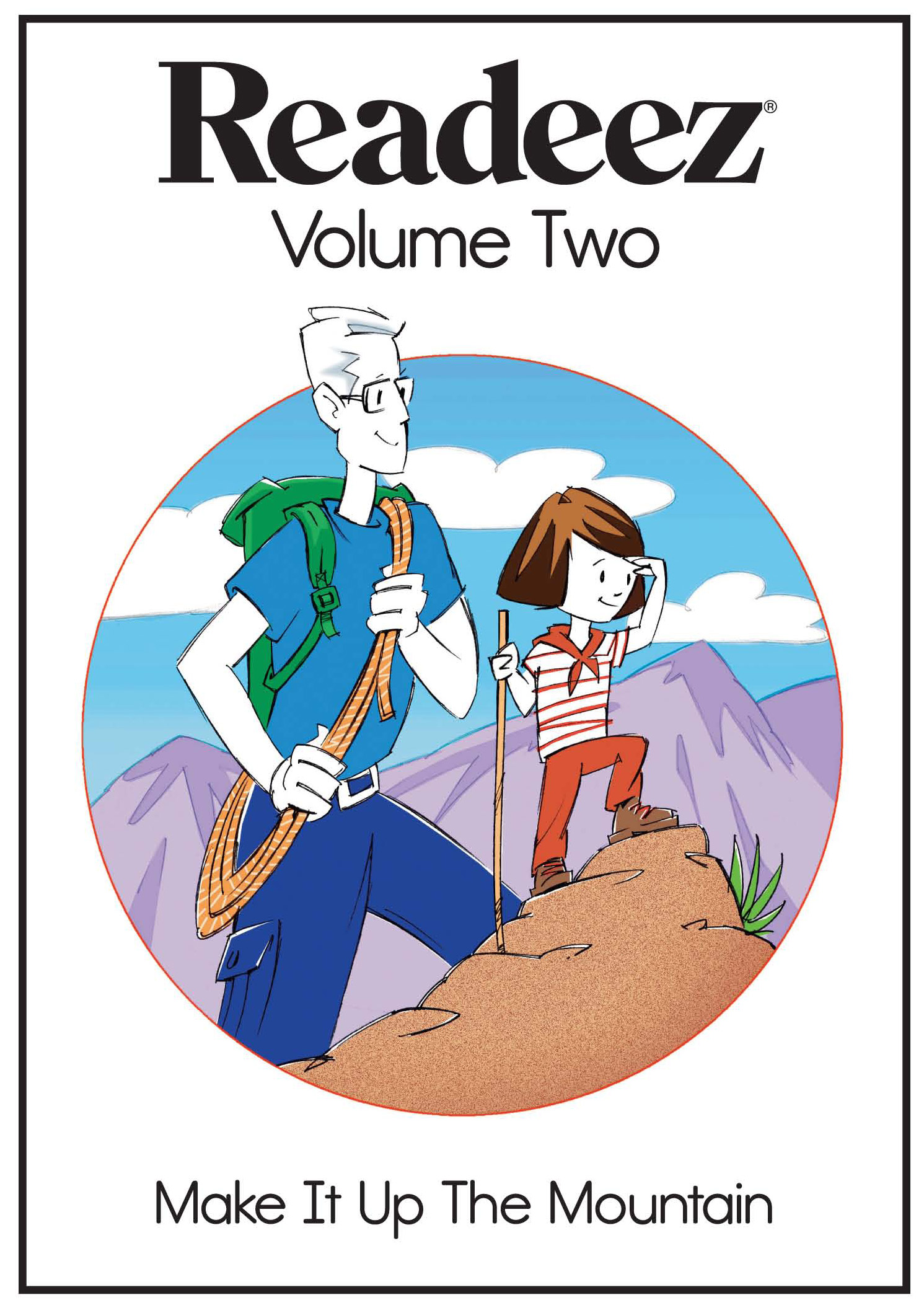 The following exchange has taken place in my home roughly four dozen times over the last 24 hours:

My daughter Sophie: (giggling) No, daddy, you’re a man.

Why, you ask? Only because the animated duo of Julian and Isabel Waters is back with another collection of the delightful (and educational!) animated musical shorts known as Readeez. Readeez Volume Two: Make It Up the Mountain includes 30 additions to the series that started with last year’s Readeez Volume One, and if you enjoyed the first batch, you’ll be pleased to know Volume Two is even better. The videos have a little more going on, there’s a slight theme tying them all together, and most importantly, the songs are even catchier and more varied. END_OF_DOCUMENT_TOKEN_TO_BE_REPLACED

Billing itself as “brain fruit” that will help your kids “giggle and grin as the knowledge sneaks in,” the Readeez series of animated educational DVDs has just kicked off with its first volume. If you have young children, and are the type of parent who tries to avoid exposing your kids to the fast-paced, commercial-laden shows on channels like Nickelodeon, Readeez may be right up your alley.

The setup is simple: Each Readee consists of roughly a one-minute short, most of them featuring the animated duo of Julian Waters (voiced by Readeez creator Michael Rachap) and his daughter Isabel, whose sparsely drawn, gently paced interactions form the backbone of the series. As Julian and Isabel interact, their dialogue is displayed on the screen in large, clear type, helping — in theory, anyway — kids form connections between what they hear and what they read.

That’s the educational hook behind Readeez (and the genesis of its title), but since the series is aimed at kids 18 months and up — and any 18-month-old who can read quickly moving text on a screen is working in a government lab somewhere, not fooling around with DVDs for kids — it functions on other levels, too. My daughter is three, and is just beginning to put together words on the fridge with her letter magnets; she can’t read anything Julian and Isabel are saying, but she’s still requested Readeez on multiple occasions, because she loves the songs they sing, has a toddler’s inordinate fondness for anything animated, and the segments are the perfect length for a young attention span.

Children’s programming has come a long way since the days when Sesame Street was struggling to compete with the sugar-frosted Saturday morning cartoons we all remember so fondly, but even among the new wave of gentler, smarter kids’ entertainment, Readeez is something special. Here at our house, we’re lucky enough to have both the commercial-free Noggin channel and a spare TiVo that we can load up with our daughter’s favorite shows, which include Wonder Pets!, Backyardigans, and Zoboomafoo — but even those shows sometimes dabble in real-world concepts that might give you a bit of a headache. Readeez, on the other hand, is the perfect blend of educational content and entertaining, heartwarming escapism — the kind of thing you can legitimately feel good about your children watching. Here’s a song that I’ve heard Sophie singing repeatedly over the last couple of weeks:

See? Isn’t that nice? Learn more, watch more, and buy your own copy at the Readeez website.