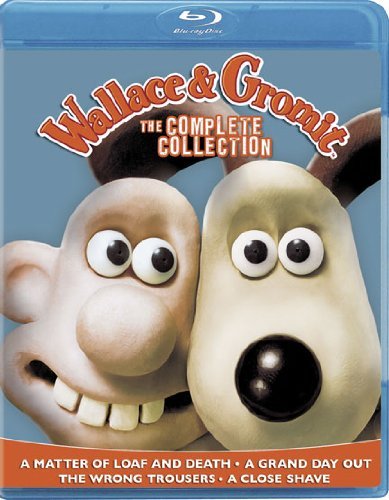 Timed to coincide with the DVD release of the new Wallace & Gromit short A Matter of Loaf and Death, the expansive Wallace & Gromit: The Complete Collection brings the doltish inventor and his sharp-witted canine companion to hi-def for the first time — and does it in style, packing in tons of bonus material, including audio commentary and behind-the-scenes featurettes for each of the four W&G short films: 1989’s A Grand Day Out, 1993’s The Wrong Trousers, 1995’s A Close Shave, and the aforementioned Loaf, released last year. The picture is brilliantly crisp throughout, giving you a crystal-clear look at Nick Park’s creations, right down to the fingerprints on the clay; the audio, while about as unspectacular as you’d expect for this sort of thing, comes in Dolby 5.1, 5.1 PCM, and Dolby 2.0. END_OF_DOCUMENT_TOKEN_TO_BE_REPLACED