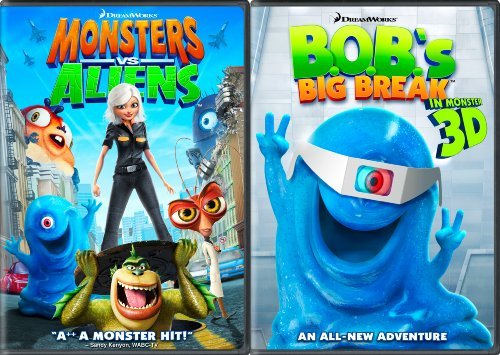 DreamWorks Animation has long been pegged as Pixar’s dumber, more obnoxious cousin — and quite often, the studio’s shabby rep is deserved: if you’re looking for a brightly colored CGI spectacle stuffed full of pop culture gags and fart noises, chances are, whatever DreamWorks has on the menu will scratch your itch. If, on the other hand, you want to show your kids a piece of animation with a ton of lasting value, then you’re probably going to come away frustrated (and left cleaning up all the toys, books, and videogame tie-ins your offspring will end up owning).

In recent years, however, DreamWorks has shown signs of becoming something more than just the house that Shrek built, most notably through the success of Kung Fu Panda, which some critics liked even more than WALL-E. The tie-in friendly 3-D spectacle Monsters vs. Aliens didn’t settle on quite as lofty a critical perch, but it still enjoyed some of the studio’s best reviews, and it’s easy to see why: with thrilling state-of-the-art animation, a voice cast that included Reese Witherspoon, Seth Rogen, Rainn Wilson, Will Arnett, Stephen Colbert, and Paul Rudd, and a very funny script that just so happens to be 99% free of doody humor, it’s one of those rare “fun for the whole family” movies that actually ends up living up to its billing. END_OF_DOCUMENT_TOKEN_TO_BE_REPLACED