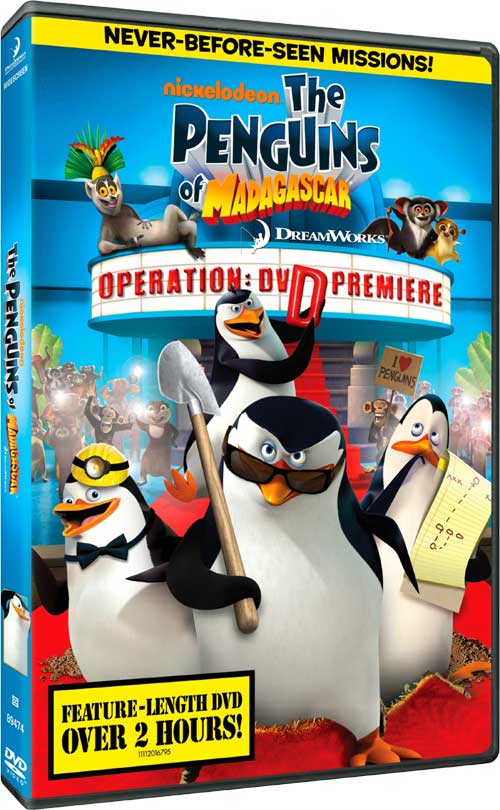 Madagascar: Escape 2 Africa picks up where the first Madagascar left off: with the main characters, Alex the lion (Ben Stiller), Marty the zebra (Chris Rock), Gloria the hippo (Jada Pinkett Smith) and Melman the giraffe (David Schwimmer) trying to get home to New York after their adventure on the island of Madagascar. In the sequel, the four friends, along with those ingenious penguins, the two monkeys, Mason and Phil, that wacky lemur, King Julien (Sacha Baron Cohen) and his sidekick, Maurice (Cedric the Entertainer), wind up in the African outback, their original destination from the first film.

Madagascar: Escape 2 Africa is just as good as the first one and even surpasses it in the emotions department. On the whole, it’s a suitable family film all around, nothing too scary and nothing too gross or adult in its humor. The movie opens with a brief prologue explaining Alex’s beginnings and how he wound up in New York City. As a cub, he was Alekey, son of Zuba (Bernie Mac), the alpha lion in their pride. We find Zuba trying to teach his young son how to be a fighter, but the little one just wants to dance and chance butterflies, like most young human children.

In this opening, we also meet Makunga (Alec Baldwin), Zuba’s nemesis. Zuba is a burr in Zuba’s side and this early confrontation between the two of them sets up Alex’s story arc for the rest of the film. While Zuba and Makunga wrestle, Alekey is stolen by poachers and tossed and a wooden crate. A dramatic, heart wrenching chase sequence ensues in which the lion father tries to rescue his son, but to no avail. However, Alekey does not wind up with the poachers. His crate tumbles into the river and drifts into the ocean, eventually ending up in New York City. The cub is placed in the zoo, where young Marty, Gloria and Melman are already residing. We watch as Alekey becomes Alex the lion and then we quickly get a refreshed of most of the first movie’s events. END_OF_DOCUMENT_TOKEN_TO_BE_REPLACED