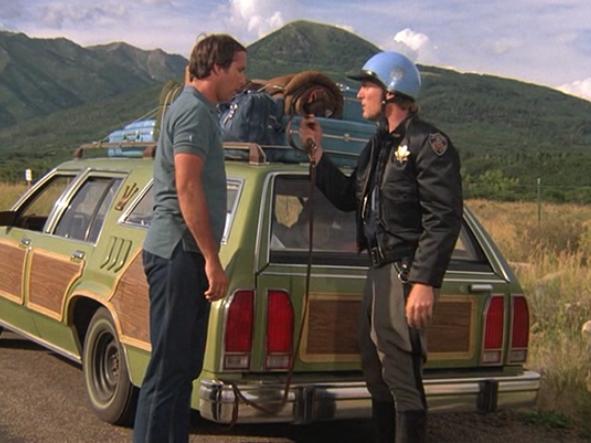 In today’s installment of News That’s Funny Because It Didn’t Happen to You, an Indiana man has been arrested following his spectacularly ill-advised decision to strap his kids to the hood of his car and drive to the liquor store.

“I was only going to drive around the corner. I thought they would like it,” said the man when questioned by police, who tested his blood alcohol at more than twice the legal limit and described him as “unkempt and crying.” His explanation makes total sense — I can see getting a pretty big thrill out of being fastened to a hood with a tow strap as a four-year-old, or as a 38-year-old, really — but I’m guessing it probably won’t stand up in court.

So hey, dads, give yourselves a pat on the back the next time you catch yourself reverting to the old “I swear to God I’ll turn this car around” cliché. At least you didn’t do this.