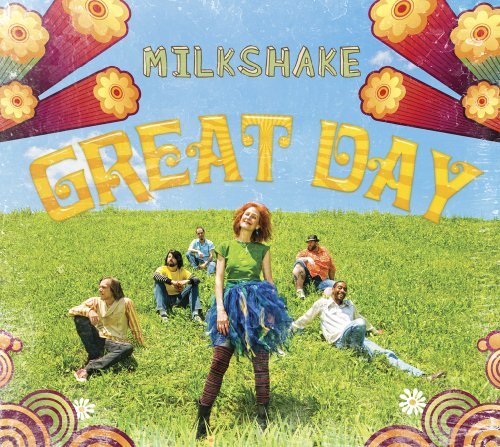 I don’t mean “rock” ironically, either — Milkshake’s stuff has sharper teeth than most children’s music, and it’s more musically adventurous to boot: Great Day‘s dozen tracks lead the listener on a madcap dash that boasts punk-kissed pop (“Shake It Up”), hints of zydeco (“Statue of Me”), and a dash of newgrass (the banjo-laced “When I’m Old”). It’s also packed to the rafters with stringed instruments, from the aforementioned banjo to the ukulele, mandolin, and hollow-body Gretsch guitar (lended by ex-Glenmont Pope Rodney Henry). It’s fun, mostly uptempo stuff, with messages that are both appealing (“I want five scoops of ice cream, piled up so high”) and important (“You did it! Yeah! I gotta say I think you’re great”) for the band’s target demographic.

If you’re already a fan (or a parent of a fan), Great Day will not disappoint — and if you haven’t partaken of Milkshake’s tasty sweet goodness until now, this album’s a fine place to start, boasting some of the band’s best material in addition to solid production work from Tor Hyams and a handful of hip cameos. Sample Milkshake’s wares at their official site.