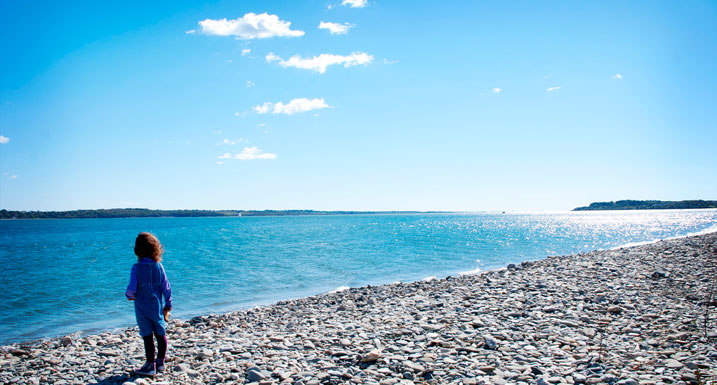 Time is a bastard.

All those sleepless nights when I cursed through gritted teeth, all those hectic mornings when I daydreamed about shoving my family into the front yard and locking the door so I could get a little work done, all those weekend afternoons when I wished I could just lay down on the couch and read a book — time pretended to be moving slowly, but it was really just crouching down into a runner’s stance and getting ready to break into a cool, unruffled sprint, leaving me in the dust to count my aches and gray hairs.

Which is to say that I am now the proud father of a kindergarten student. This hasn’t caught me completely by surprise — I’m not quite as dumb as I look — but I’ve found that parenthood isn’t about the milestones everybody talks about; what really trips you up are the divots on the horizon that lie in their shadow. I understood, on some level, the leap of faith it takes to put your child into a room with a bunch of other kids and some adults you hardly know. But not really. Not at all.

All of a sudden, my daughter had to wrap her head around the concept of the weekend as a short break between obligations. Going to kindergarten isn’t exactly working in a coalmine, but it’s still something she has to do, five days a week, whether or not she feels like it — and that’s the way it’s going to be for most of the rest of her life. That didn’t sink in for me until I had to explain her school schedule to her, and it kind of destroyed me. I love to mock the backwoods hipsters and holier-than-thou hillbillies who homeschool their kids around here — and there are a lot more of them than you might think — but I do understand the impulse. This marks the spot where we hand our offspring over to society — to let it start chipping away at their perfect little personalities, and start breaking their beautiful hearts.

And speaking of heartbreak, my daughter’s first classroom fixation is on a boy in first grade. I don’t know that I’d call it a crush, because God, gross, she’s only turning six next month — but she can’t stop talking about this kid, even though, as far as I can tell, he hasn’t given her more than a passing thought. My daughter has always been careful and methodical when it comes to her relationships, and she’s got the whole situation visualized: she describes herself as being on “a track to friendship” with him, with a series of steps that include chatting and telling knock-knock jokes. Ultimately, after enough of these steps, she’s hoping their friendship will “fall into action,” at which point they’ll sit together on the classroom rug and play together at recess.

My wife is a little weirded out by the whole thing — mostly, I think, because she’s tired of hearing this boy’s name all the time. I think it’s sweet. But on the other hand, I’m horrified. As soon as my daughter told me about her friendship track, this little voice in my head whispered: What if he doesn’t want to be friends with her? What are you going to do the first time someone really hurts her feelings?

How much time do you have before life wounds her enough that she feels like she has to change who she is?

Premature questions, I hope. And I know there’s nothing to be gained by yielding to the impulse to bubble-wrap our kids forever. That isn’t why they’re here. But God, the world can be brutal sometimes, and although I know my daughter is on a track to many friendships, I also know about everything else that’s out there — the confusion, shame, loneliness, and regret we all take on at different moments, and from whose weight we struggle to unburden ourselves in our efforts to live happy, fruitful lives.

There’s so much in store for her. I’m not ready to watch her find it yet, but I have to be. Time sprints on.