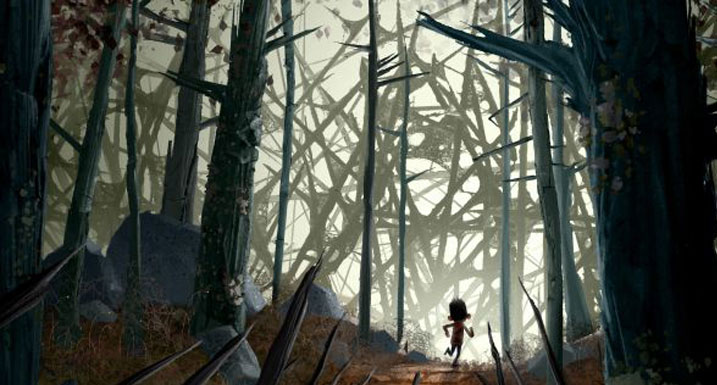 Remember the good old days, when family films blasted kids with subliminal messages about fitting in, following orders, and shooting your rabies-afflicted dog? Now it’s all about staying true to yourself and having the strength to go against societal norms, man, which is probably why my son’s room is always a mess. I mean, have you ever seen that blabbermouth Moose A. Moose do a chore? No. I BLAME YOU, NICK JR.

Anyway, the folks who brought us the awesomely creepy Coraline are back with ParaNorman (tagline: “You don’t become a hero by being normal”), starring Kodi Smit-McPhee (The Road) as a boy who talks to dead people. It’s a skill that comes in handy when — gulp! — zombies attack his town. Yeah, it sounds awfully trendy, but just take a look, and count down the days until August 2012: