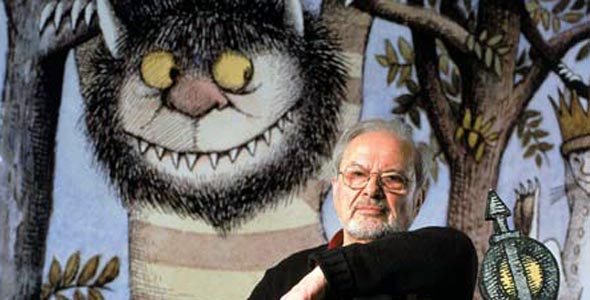 We spend an awful lot of time and money trying to keep them entertained, but we can be dismayingly clueless about the range and depth of our children’s emotions, not to mention their capacity for absorbing and understanding difficult subject matter. There’s an ongoing battle to sanitize children’s entertainment, and the sanitizers are winning — I think most new parents have experienced the shock of reading a classic book or watching an old movie with their kids, only to realize that family entertainment used to be a lot more open about things like cruelty, violence, and death.

It’s easy to understand the impulse to protect our children from these things, but they’re part of life, and as much as I struggle with exposing my own kids to the darkness, I try to balance those protective impulses against the knowledge that by the time I think they’re ready, they’ll probably already have been exposed to whatever I’m worried about — and probably without my knowledge or input.

Award-winning author, illustrator, and noted curmudgeon Maurice Sendak, who passed away today at the age of 83, understood the value of darkness better than most, and to his immense credit, he fought the growing frenzy for “safe” kids’ media throughout his brilliant career. (Right up ’til the end, in fact: his last book, 2011’s Bumble-Ardy, elicited delicious gasps of horror from overly sensitive parents’ groups and critics.)

Time and again, Sendak’s books sent would-be censors into a tizzy, from the uproar over his classic Where the Wild Things Are (repeated years later, when Spike Jonze’s film adaptation was deemed inappropriate for children) to periodic rows with prudish adults like the librarian who used white-out to cover Mickey’s exposed penis in The Night Garden.

Sendak’s retort to that particular indignity was a letter that contained the priceless quote “It is only adults who ever feel threatened,” which is a pretty outstanding manifesto for his career. He became the world’s preeminent children’s author not because he had tremendous insight or singular artistic talent, although both of those things are true. He built his reputation on honesty. In a medium that prizes sentiment over emotion and platitudes over truth, he refused to ignore the reality of childhood — that as much as we might wish it weren’t, it’s often a very difficult time.

With books like Where the Wild Things Are, Sendak gave power to children by acknowledging the roiling, unpredictable frustrations of youth. What some saw as inappropriate was really just the truth — he was kind of like a kidlit gangsta rapper, in a way. And despite his reputation for being something of a crank, he understood his role and took it seriously. I love this quote from his interview with NPR’s Terry Gross, who asked him to share some his favorite reader’s comments:

I answer all my children’s letters — sometimes hastily — but this one I lingered over. I sent him a postcard and I drew a picture of a Wild Thing on it. I wrote, “Dear Jim, I loved your card.” Then I got a letter back from his mother and she said, “Jim loved your card so much he ate it.” That to me was one of the highest compliments I’ve ever received. He didn’t care that it was an original drawing or anything. He saw it, he loved it, he ate it.

I think all the best children’s art reaches for that level of simple, irascible truth, and even though examples of it seem to be increasingly crowded out by brightly colored, bubble-wrapped product, Sendak’s enduring legacy (and the countless tributes written in his honor) serve as a reminder of how much we, and our kids, need artists who are willing to expend the effort. Morals, hearts, and rainbows can make us feel good, but I think it takes a pricklier type of tale to teach us something about ourselves — or to help us accept ourselves. Maurice Sendak excelled at that, and that, as much as anything else, is why we’ll miss him so much — and it’s what I’ll try to remember the next time I’m tempted to lunge for the remote or skip over a potentially troublesome passage in a book.