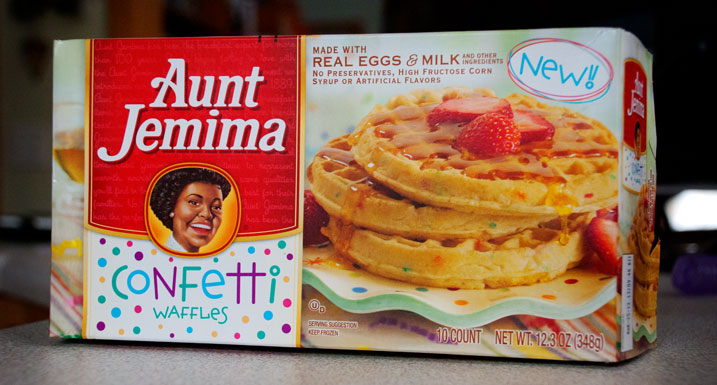 We talk a lot here about the pop culture we feed our kids. But what about, you know, food? It seems like a pretty basic thing to consider, but take a look at any random schoolyard in the country, and you’ll see that a lot of parents aren’t considering it enough.

To be fair, it can be tough to maintain a healthy diet for ourselves, let alone our finicky little people — we’re surrounded by sodium, sugar, and preservatives, and any thirtysomething parent who still feels the residual tingle of childhood when walking past those brightly colored boxes of Trix and Cap’n Crunch in the cereal aisle should be able to sympathize with the junior set’s hunger for junk food.

is here to help.

Will they make it so Pop Tarts aren’t so sinfully delicious, and beets taste like something besides dirt? No. But they are offering support and guidance to parents who want to help their kids eat healthy food, starting with — you guessed it — school lunches. Observe:

To learn more about the project — and see more videos — visit their site here.