We pretty much have to love Christopher Nolan — I think it’s the law or something — but he’s still a little bit of a butthole for giving rise to the still-growing wave of “dark and gritty” superhero projects that were unleashed following the massive success of Batman Begins. I mean, it’s still better than the aggressively hokey vibe that used to go along with anything comic-derived, but I wish Hollywood could learn to find a happy medium instead of blindly reaching into the “gritty” drawer whenever they want to make a quick buck off of a Marvel or DC property.

Oh, speaking of which, here comes the CW with its Green Arrow-inspired TV series, which is naturally titled Arrow so people don’t have to type as many characters into their DVR scheduler, and which executive producer David Nutter referred to as “darker and harder-edged” than his previous project, Smallville.

Oh boy. If you’re anywhere near my age, you remember Green Arrow as being one of the more unintentionally hilarious peripheral characters in the DC Universe — a guy with a blonde, oddly-shaped Van Dyke who had pretty good aim with a bow and quiver and liked to wear green. He was kind of the DC Universe’s version of Hawkeye, only I think maybe Green Arrow came first (and was twice as lame). I don’t know what’s been done with his character since the ’80s because it’s impossible to keep track of DC continuity, and reading a Wikipedia entry for even the most minor character is an exercise in brain-bending agony, but he apparently still shoots arrows instead of Uzis or magic bolts, which is comforting, I guess.

Anyway, the CW has released its first official still for Arrow, and…I don’t know, I think this might be an encouraging sign. The yellow Van Dyke is gone, anyway. What do you think? 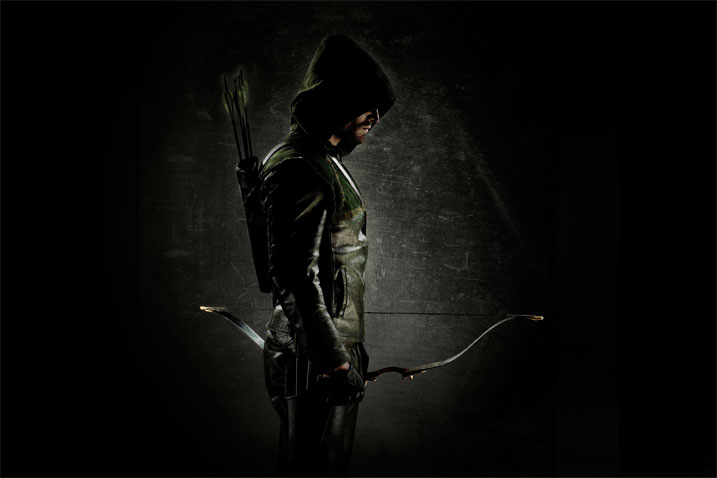