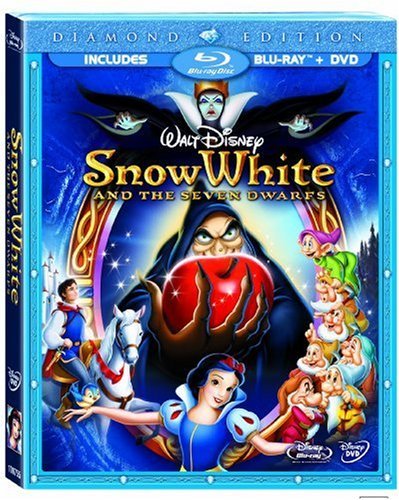 There have been a fair number of catalog Blu-ray reissues at this point, and consumers have had to resign themselves to the fact that not all hi-def upgrades were created equal — when you’re dealing with source material from more than, say, 20 years ago, you’re going to see a fair number of defects, even after the most painstaking remastering job (see the Batman Blu-ray for an example). Given this, you’d expect the Snow White Blu-ray to be the kind of pleasant-but-not-remarkable upgrade you’d get out of most older films, but you’d be wrong — Disney has been rolling out some truly breathtaking restoration jobs in the last year or so, and Snow White might be the fairest of them all. Is it perfect? Probably not — you can go over any transfer with a magnifying glass and pick out flaws here and there, however minor. But watching Snow White, you won’t want to; you’ll be too busy marveling at just how incredibly lush and beautiful this hand-drawn classic remains more than 70 years after its release. Every feature-length animated film has its roots in Snow White and the Seven Dwarfs — along with quite a few live-action movies — and this set gives it the fawning respect it deserves. END_OF_DOCUMENT_TOKEN_TO_BE_REPLACED

Remember when DVD players were mostly a luxury for the home theater crowd, and pretty much anyone who bought one also picked up a copy of Twister to test his system’s limits? Well, it certainly isn’t an audio/CGI workout on that level, but Disney’s Earth is so stunningly gorgeous that it might be the first true “gotta have it” purchase for Blu-ray owners. Yes, it’s just another nature documentary — and in an age when you can switch on Discovery Channel HD at almost any hour and see something that takes your breath away — but…wow. Just wow.

Disney took some heat for the way Earth was assembled, and perhaps rightly so; it’s basically a boiled-down version of the BBC’s mammoth Planet Earth series, and though it uses some footage that wasn’t aired on the show, it’s still mostly reheated goods. But nobody wants to watch seven and a half hours of anything in a theater, and this is Disney — they’re aiming Earth at kids, whose attention spans are built for the film’s 90-minute length. This is actually one of the first projects from the studio’s new Disneynature banner, intended to expose the Disney demographic to the sights and sounds of the world around us, which is awfully hard to complain about. Even if you were enthralled by Planet Earth during its TV run, in other words, don’t be so quick to write off Earth as its shrimpier cousin; in any house with kids, it’s got a charm all its own. END_OF_DOCUMENT_TOKEN_TO_BE_REPLACED 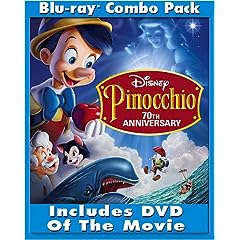