Last week, we noticed a tweet from Lloyd Miller of the Deedle Deedle Dees saying he was compiling his list of summer reading recommendations. Naturally, we thought Dadnabbit would be the perfect place to run Lloyd’s list, and boy, were we right — what follows is a collection of wonderfully thought-provoking books that will enrich your summer and expand your (and your family’s) horizons. Summer is generally known as the season of literary junk food, and that’s fine if you’re into that sort of thing…but if you’re looking to really delve into some books this summer, start here. (And all book titles are linked to their Amazon pages, just in case you feel like ordering them RIGHT NOW.)

As the leader of the Deedle Deedle Dees, a band that devotes most of our family shows and albums to songs drawn from history and science, I feel compelled constantly to suggest books. Songs, the way I write them, can only give a taste of the great, complicated stories that inspired them and so a lot of extra exploration on the listener’s part is required if she or he truly is interested in grappling with things like the philosophy of nonviolence as articulated by Gandhi (check out our song “Ah Ahimsa”), racism (Our song “Bring ‘Em In” narrates a famous anecdote about Negro League Star Satchel Paige’s response to a slur), or neurology (The crude and gory early days of this field of the study are the basis for “Phineas Gage Has Something to Tell These People”).

The summer reading list I’m going to give you here has books for your kids to read by themselves, books you might want to read with your kids, and books for you to read on your own. Most of them are related to my musical projects for kids and adults in some way. These aren’t books that you or your kids should read if you’re trying to be up on current trends in literature or prepare for the next year in school. These are just some books that I think are worth some of your time. 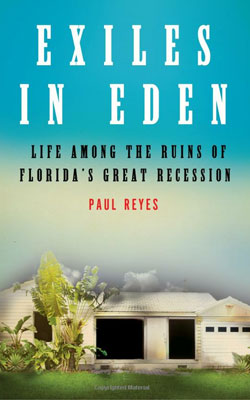 Exiles in Eden by Paul Reyes

I’ve recommended this book many times on my blog and elsewhere, but I bring it up again because now I’m writing a musical movie based on it with my friend Roy Nathanson. In September, he and the Jazz Passengers — with me playing a small guest vocalist role — will debut some songs from the project at the Stone, a club in Manhattan for which John Zorn serves as artistic director. Then, if we can raise the money, we’re actually going to make the movie and shop it around.

I’m currently re-reading this book as I work on the script and am again incredibly moved by it — and upset that more people haven’t read it. Exiles tells the story of the housing collapse in Florida with Paul’s family story as its through line. It’s easiest to say it’s literary nonfiction in the John McPhee mold but that doesn’t give you a real sense of just how mighty this book is. It almost reads like one long prose poem, one that clarifies the confusing mortgage crisis for people (like myself) who are in need of a remedial economics class, but simultaneously waxes large and profound on the ephemeral nature of human effort and our place in the ever-powerful and changing natural world. 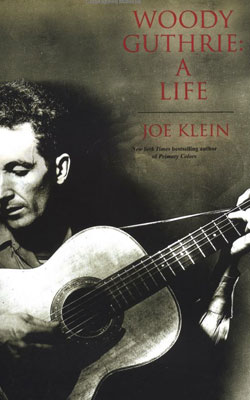 This is the book Springsteen mentions on the live album before he plays “This Land is Your Land.” And this is the author who also gave us Primary Colors (a book I enjoyed at the time). It really is the best one-volume treatment of an icon whose life was long and full of contradictions. Necessary reading, I think, if you want to know more about the man who wrote all those songs you’ll hear on Keep Hoping Machine Running, the new digital Woody tribute album featuring the Dees and many other artists. 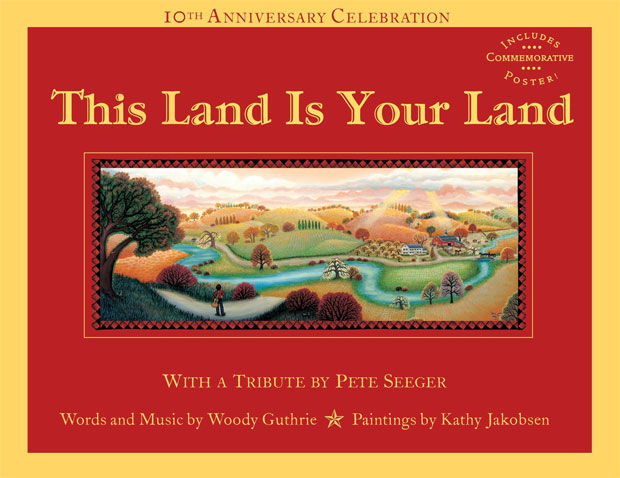 This Land is Your Land by Woody Guthrie, illustrated by Kathy Jakobsen

The complete original lyrics of the tune (including my favorite “no trespassing” verse) paired with cool paintings that depict the world Woody wandered in the 20s and 30s. 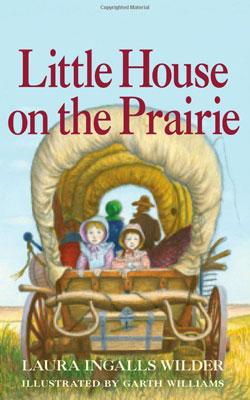 My family is slowly making our way through the Little House books, a series I never appreciated as a child but have really grown to admire as an adult. As a boy, I only wanted books about war and sports so a tale of frontier life focused primarily on girls was something I just dismissed without even trying to give it a fair read.

Now that I’m the father of a little girl who’s obsessed with how things work — and a little boy who’s obsessed with anything that hints at being dangerous — I find these stories to be among the few pieces of literature that everyone in my family actually enjoys. My wife read and loved them as a kid and is excited to read them again. I’m getting into all the minute descriptions of hog slaughtering, cheese making, and other farm tasks — they’re fascinating in and of themselves, but they’re also giving me ideas for another project in its very beginning stages: a collection of songs about work that may become a Dees album, themed show, or some multi-media hybrid. 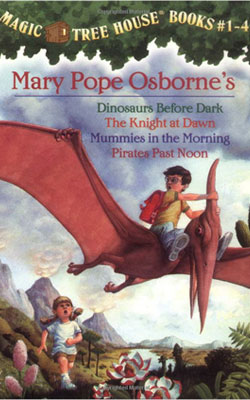 Mary Pope Osborne’s historical fiction has been just as important for fueling my kids’ interest in stories from the past as Laura Ingalls Wilder’s memoirs, but the two series couldn’t possibly be more different. The Magic Tree House books have simple fantasy-mystery narratives adorned with the historical types of which kids never seem to tire: mummies, knights, Vikings, ninjas, etc. I was initially skeptical of these books and only brought them into their house as audiobooks to help my kids — who always seem to get a powerful second wind at bedtime — relax and fall asleep. Now, after these books have prompted not a few historical fact-finding missions for our family, I consider myself a big fan. 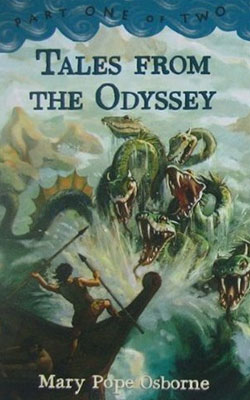 Tales from the Odyssey by Mary Pope Osborne

Myths have taken a prominent position in our household discussions after my wife and I created an original musical of the Aeneid with her second-grade class. Mary Pope Osborne retells Homer’s epic in a simple chapter book format. Right now we’re working on Book Three: Sirens and Sea Monsters. 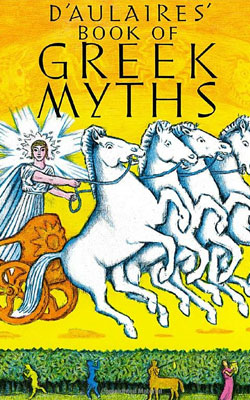 Although the language may seem archaic to kids used to the conversational style of many new books , this is still the best version of the Greek myths for young readers. Plus, it’s got those awesome pictures (my son can’t get over the picture of Cronus with the babies in his belly) that many parents still remember in great detail from their own childhoods. 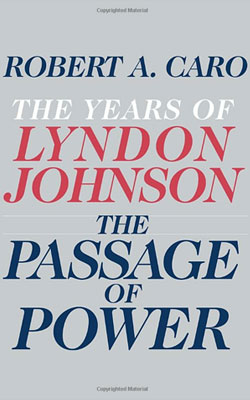 The Years of Lyndon Johnson by Robert Caro

I came late to this series. It’s been on my to-read list for many years but it wasn’t until I read the excerpt from the fourth book, The Passage of Power, in the New Yorker, an account of JFK”s assassination focused on LBJ’s experiences of the event, that I felt an intense need to read all the books immediately. I bought volumes 1-3 a couple of months ago and, after devoting a good amount of my life to Mr. Caro’s prose, am cruising through volume 3 (I’m going to pick it back up right after I finish writing this). These books live up to all the hype and then some. 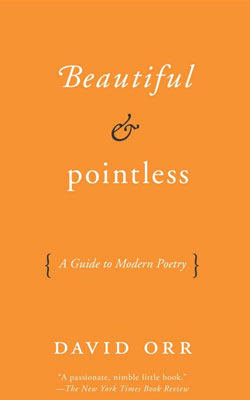 Beautiful & Pointless: A Guide to Modern Poetry by David Orr

David, the poetry critic for the New York Times, is collaborating with me and Roy on another project that will debut at the Stone in September: a set of music and poetry and musings on both. We invited David to join us after reading his fantastic book on what poetry is and isn’t. The books is also about how poetry — an art form that many view as intimidating, confusing, and best left to high school English classes — can become part of one’s life as a reader and human being in simple and powerful ways. 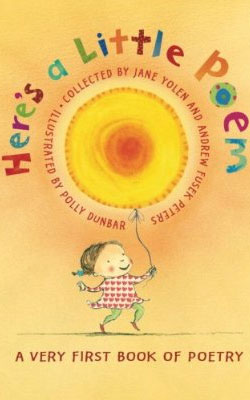 Speaking of poetry, the last book I’d like to recommend your family check out this summer is this wonderful anthology our school librarians gave my daughter as a gift a few years ago. I’m not a big fan of “children’s poetry” in general so I was pleasantly surprised by this gathering of newer and classic verses curated by Jane Yolen and Andrew Fusek Peters that includes people who write specifically for children as well as people — like Gertrude Stein and Langston Hughes — who don’t.