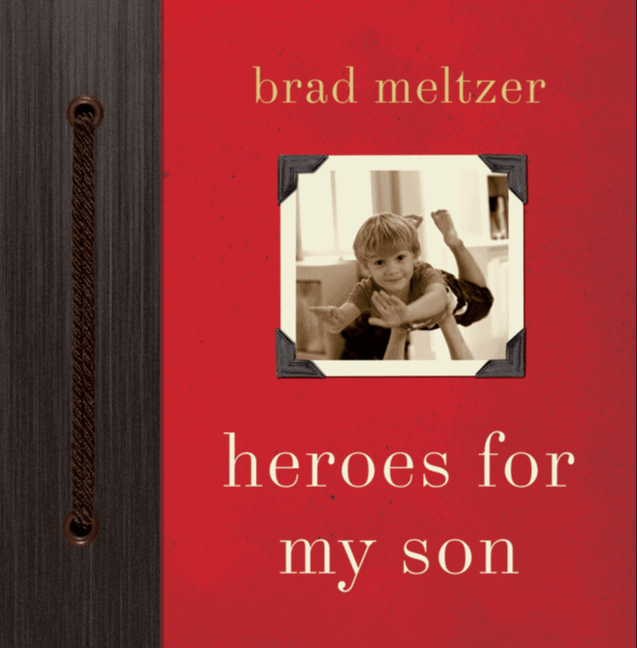 As those of you who follow my writing elsewhere may already know, I’m sort of obsessed with the death of the American monoculture — particularly as it pertains to the ways in which the institutions of my youth adapt to the new, niche-driven realities of 21st century entertainment (or die trying).

Comics are a terrific example. As we discussed a few days ago, the general malaise suffered by the publishing industry is reflected pretty sharply in kid-targeted titles, where the last 20 years have been marked by a more apparent willingness to try new and crazy things to hang onto their target demographic’s attention. The drive to digital, accelerated by the advent of tablet computing over the last few years, has posed a brutal conundrum for comics — consumers are buying fewer paper copies, but the publishers haven’t been able to embrace ebooks without alienating the independent shops that have been their bedrock for generations. It’s prompted a weird series of tentative steps and half-measures that haven’t satisfied anyone.

Marvel finally looks like they’re ready to change all that with their recently unveiled “Infinite Comics” initiative. Like most things comics-related, it arrives with an avalanche of silly hyperbole, but after years of tinkering with the format, Marvel actually has something to crow about this time — if the first “infinite” title, Avengers vs. X-Men: Infinite #1, is anything to go by, we could finally be looking at the future of the medium. And with something to offer older readers as well as new fans, that future could be surprisingly bright. 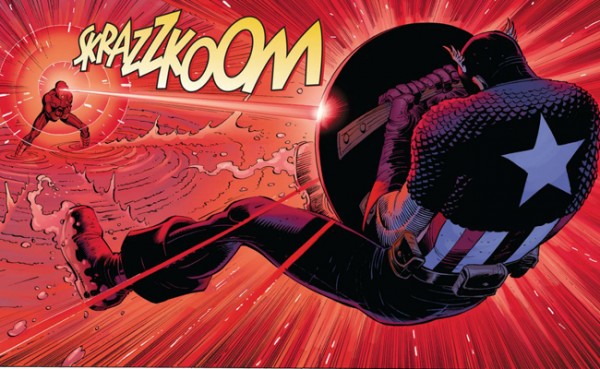 As any comics fan could tell you, digital comics are nothing new — and neither are tablet-optimization schemes like the dreadfully annoying “Motion Comics.” What’s different here is that instead of just trying to wedge traditional content into the digital sphere, Marvel’s Infinite Comics have been designed to actually try and bridge the gap between paper and the screen — the artwork doesn’t move, necessarily, but it does use an assortment of subtle tricks to guide the reading experience, forming a sort of hybrid between a traditional comic and something like a film. It’s cinematic without being pushy about it.

The best example of this technology in action in Avengers vs. X-Men #1 is the way the comic shifts focus in a single panel. These screencaps don’t truly do it justice, but they’ll give you an idea of what I’m talking about: 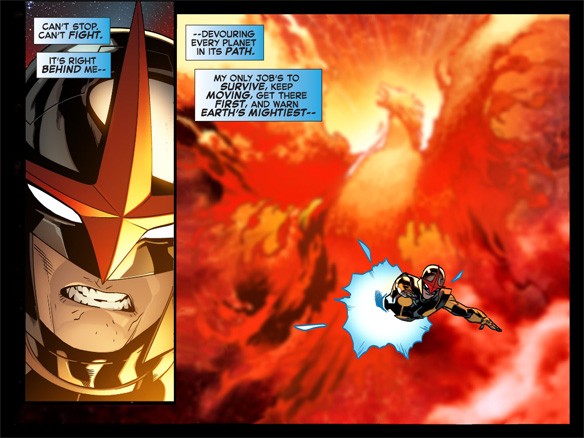 It’s a nifty effect. Nothing breathtaking, but that’s sort of the point, at least as I see it; touches like these take advantage of the tablet’s capabilities without fundamentally altering the experience of reading a comic. It’s smart, and in some ways, I think it might even be preferable to reading on the printed page — as writer Mark Waid, Marvel Chief Creative Officer Joe Quesada, and Senior Editor Nick Lowe discuss in their “commentary track” for the issue over at Comic Book Resources, one key difference is that writers can design the story to preserve the element of surprise. You can’t accidentally glimpse a panel on the next page, because it isn’t on the screen; the creators are guiding you through the experience at the right speed.

What this will mean for Marvel’s relationship with the shops, I have no idea. But if the comics industry has a prayer of getting readers to make the jump to digital, I think it has to start with Infinite Comics — at least based on this issue, they’re smartly done and affordable ($3.99 for the 99-page issue, which bundles the “infinite” book in with the plain ol’ vanilla “HD” Avengers vs. X-Men #1). I haven’t been a real comics reader since the ’80s, but now that my son is developing a superhero obsession, Marvel could bring me back into the fold.

(It also bears mentioning that the company has rolled out a Marvel AR app, which gives readers video and assorted extra content when they scan in QR and/or barcodes with their device, but I find that kind of thing a lot less interesting, so I haven’t tried it. Feel free to let me know if you think I’m missing out.)