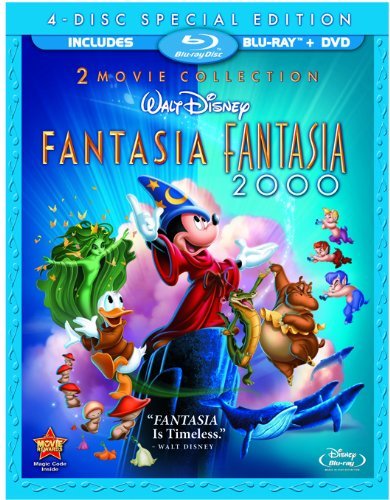 After a brief jam session involving the live-action musicians comes Beethoven’s “Pastorale Symphony,” enacted against a Greek-mythology tapestry by centaurs, unicorns, cupids and a besotted Bacchus. Ponchielli’s “Dance of the Hours” is performed by a Corps de Ballet consisting of hippos, ostriches and alligators. The program comes to a conclusion with a fearsome visualization of Mussorgsky’s “Night on Bald Mountain,” dominated by the black god Tchernobog (referred to in the pencil tests as “Yensid,” which is guess-what spelled backwards); this study of the “sacred and profane” segues into a reverent rendition of Schubert’s “Ave Maria.” END_OF_DOCUMENT_TOKEN_TO_BE_REPLACED