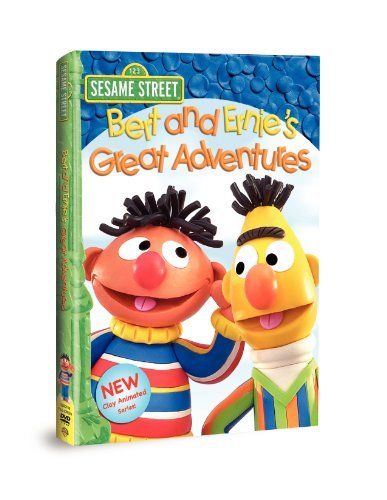 I was born in 1974, and my youngest sibling was born in 1985, which means my Sesame Street viewing was at its peak during what I’ll refer to (totally subjectively and sort of crankily) as the golden age of PBS kids’ programming, and fell off sharply around 1983 or so, when Telly Monster was completing his transition from the googly-eyed Television Monster into the annoying worrywart he is today. I didn’t watch another episode until a few years ago, when I decided to introduce my daughter to the joys of playing where everything’s A-OK and the air is clean, only to discover that the sleepy urban burg I remembered from my youth had been taken over by characters I didn’t recognize. Who cares about Baby Bear? Who’s that little fuzzball speaking Spanish all the time? Why so much Elmo? What happened to Bob, Linda, Gordon, Susan, and David? (Okay, probably best not to ask that last question.)

The point is, I’m one of those people that miss the old Sesame Street, when it felt like a real TV neighborhood, with more of a balance between adorable Muppets and kindly humans — and when it all didn’t feel so…I don’t know, clean. So I’m sort of ambivalent about Bert & Ernie’s Great Adventures — I feel like I should be distrustful of a DVD that sends Claymation versions of Sesame Street’s most famous roommates on fantastical escapades, but on the other hand, I miss those guys, and anything that raises their profile over at the Elmo-obsessed Children’s Television Workshop is all right in my book. END_OF_DOCUMENT_TOKEN_TO_BE_REPLACED